Author's disclaimer and notes: I don't own them, I just dream of doing so. Feedback is better than peaches. Corrections to my language (and other things) are welcome. Ask if you want me to archive it anywhere. You may link to this story if you want or to my main page. 137 words. Written in October 2007.

Was written in 10 minutes for the 2007 Connotations writing workshop. We got 10 (became 12) minutes to write a story to the words Peach and Whisker (or a variation thereof).

If you want you can also read/download the story as a doc file.

The scent that wafted in from behind him was unmistakable: the rich, flowery smell of peaches. Considering that he should be alone in the office at this time of night and that the NATO janitors and guards stayed well away from his and the Alphabet's room, he didn't waste time on guessing. Still, he would take no chances, but readied his Magnum under the desk before turning around. He aimed, point-blank, at the intruder, who – of course – took no notice whatsoever.

Cornflower blue eyes for once ignored him entirely. Instead they stared in horror at the poster Klaus had previously rested his well-polished shoes on. A poster which bore a distinct likeness to the uninvited midnight guest.

"You drew glasses on my wanted poster!" Dorian accused, sounding affronted. "And whiskers!" 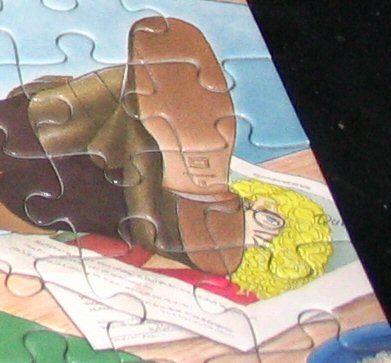